Renishaw, one of the UK’s leading engineering technologies companies, is contributing its knowledge in additive manufacturing to create key prototype parts for the BLOODHOUND Supersonic Car, which will attempt to break the 1,000 mph speed barrier during Summer 2015.

One of the most critical components is the nose tip for the car, which will be the very first part to break through any new land speed record and is subject to forces as high as 12 tonnes per square metre. To cope with such loadings, a prototype tip has been designed in titanium and will be bonded to BLOODHOUND’s carbon fibre monocoque body which forms the front-half of the car. 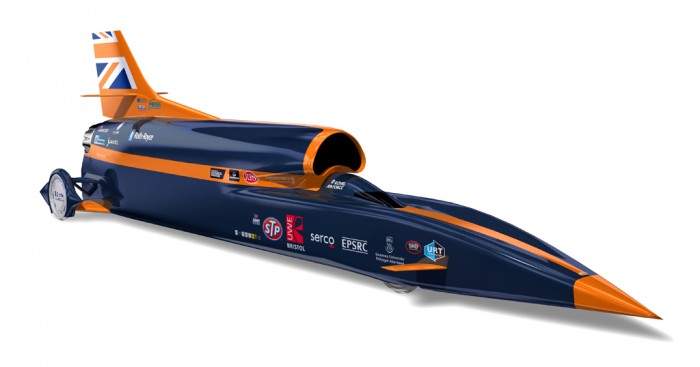 Renishaw is providing a manufacturing resource to the project team to produce the nose tip on its laser melting machines, which use an additive manufacturing process to fuse together very thin layers of fine metallic powders to form highly complex functional components. The prototype will be used by the BLOODHOUND team to evaluate possible manufacturing processes and carry out further engineering analysis.

Dan Johns, lead engineer at BLOODHOUND SSC responsible for materials, process and technologies, says: “We believe that the key benefit of using an additive manufacturing process to produce the nose tip is the ability to create a hollow, but highly rigid titanium structure, and to vary the wall thickness of the tip to minimise weight. To machine this component conventionally would be extremely challenging, result in design compromises, and waste as much as 95% of the expensive raw material.”

On 4th July, the Rt Hon David Willetts MP, UK Minister for Universities and Science, formally opened the new BLOODHOUND Technical Centre in Avonmouth, Bristol, where the iconic car is now being assembled. He also announced a £1 million grant from the Engineering and Physical Sciences Research Council (EPSRC) to support the BLOODHOUND Project’s education and outreach mission, which aims to inspire children about STEM subjects.

During his visit, Mr Willetts was presented with a special commemorative plaque containing a prototype nose tip manufactured by Renishaw on one of its AM250 additive manufacturing machines. Says Simon Scott, Director of Renishaw’s Additive Manufacturing Products Division, “With 3D printing having such a high profile within the media and political circles, it is fantastic that the only UK manufacturer of a metal-based additive manufacturing machine is able to contribute to this iconic British project which aims to inspire a new generation of engineers here and around the world.