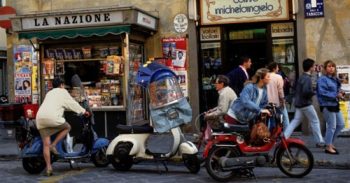 The severe heatwave in Italy has resulted in drought and scarce water resources throughout the country. Grundfos Italy has moved fast to help the local water utilities avoid a complete lack of water due to pressure loss.

The drought hit – Rome was on the brink of rationing the water resources because of the big heatwave throughout Italy as well as other parts of southern Europe. But even though Rome makes the headlines, other areas are experiencing difficult situations too.

In particular the provinces of Piacenza and Parma, between Milan and Bologna, have been hit hard since the terrain is split in half between flatland and hills. Public water utilities in the area are facing a hard time managing the pressure in the optimal way, and when water is short, then villages on the top of hills are likely to suffer from a complete lack of water.

To help solve the crisis, Grundfos Italy has been supporting the utility company regarding an urgent need of several boosters to distribute water from some containerized water treatment plants they have rented for this extraordinary situation.

“The request was quite challenging because of the stringent technical features and delivery times, but thanks to the collaboration of the various teams – 1Office, Booster Competence Center, Logistic, Assembly Line – we have been able to satisfy the customer,” says General Manager of Grundfos Italy, Francesco Magri.

The Booster Assembly Line worked overtime to guarantee quick delivery times of several various booster pump systems and orders for more systems are in the pipeline as well.