Renishaw to showcase its additive manufacturing technologies at Mach 2014 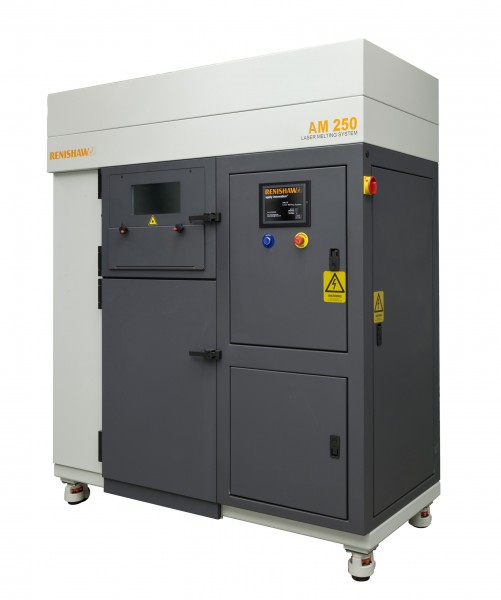 Renishaw is the UK’s only manufacturer of an additive manufacturing machine that prints metal parts. Its additive manufacturing systems utilise a pioneering process, which is capable of producing fully dense, complex parts from a range of metal powders, including tool steel, aluminium, titanium and inconel. The laser melting technology involves fusing the metal powder in layer thicknesses ranging from 20 to 100 microns using a high powered yterrbium fibre laser. The process is digitally driven, direct from 3D CAD data.

In the 3D Printing Zone (Hall 4, stand 4664) , Renishaw will show examples of how its technology is being used by a range of companies and industry sectors. The main exhibit will highlight a collaboration between Renishaw and a leading British bicycle design and manufacturing company to create the world’s first 3D printed metal bike frame. Empire Cycles, based in Bolton, Lancashire, designed the mountain bike to take advantage of Renishaw’s additive manufacturing technology, allowing them to create a titanium alloy frame that would be both strong and light using topological optimisation. Individual sections have been bonded together and the new frame is some 33% lighter than the original.

Renishaw is also contributing its knowledge in additive manufacturing to create key prototype parts for the BLOODHOUND Supersonic Car, which will attempt to break the 1,000 mph speed barrier during Summer 2015, and which is also being displayed at the MACH 2014 show.

One of the most critical components is the nose tip for the car, which is subject to forces as high as 12 tonnes per square metre. To cope with such loadings, a prototype tip has been designed in titanium and will be bonded to BLOODHOUND’s carbon fibre monocoque body which forms the front-half of the car.

Following the acquisition of the assets of LBC Laser Bearbeitungs Center GmbH in May 2013, Renishaw is now able to offer additional additive manufacturing services, including design and simulation, and the contract manufacture of metal prototypes and production parts.