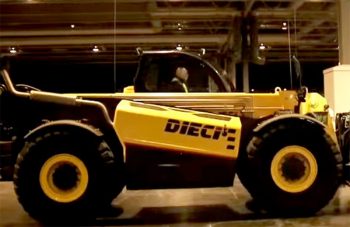 Birmingham’s NEC is the UK’s largest exhibition centre, spanning over 20,000m2, hosting 160 shows and exhibitions and attracting over five million visitors every year. Under the annual events hosted by the NEC are Autosport International, Europe’s biggest motorsport show, where over 600 companies from all over the world present their best products to tens of thousands of visitors. The NEC is also the place where fans can see their dream cars, meet their idols and visit live races and demonstrations. A wonderland where impossible dreams sometimes do come true. And so it proved at the 2016 edition: the Williams Martini Racing team decided to bring along its motorhome (the one it has used for all European Grand Prix since 2014 and which is normally off-limits to the public) and open it to visitors for the duration of the event.

To call it a motorhome is something of an understatement, given that it is an eight-meter high modular prefabricated structure equipped with all the facilities of a real building (running water, gas, air conditioning, Wi-Fi, bathrooms and showers, etc.), containing not only the offices of Frank and Claire Williams, but also several meeting rooms, a fully equipped kitchen and a well-stocked bar (which obviously serves well-made Martinis), as well as private accommodation for drivers Felipe Massa and Lance Stroll. Twelve trucks are needed to transport the motorhome, whether to the NEC or to European races: ten for the modules that comprise the structure, one for their contents and one containing the Hercules 190.10 needed to assemble them. The motorhome structure is fully wired and equipped with all the hydraulic and electrical connections and everything else needed to make the structure inhabitable and operational within a short space of time.

In order for the systems to work properly, the modules have to be pared together very carefully, which is where our 190.10 machine comes in: designed for heavy-duty work, the Hercules not only offers a muscular 129 kW output, but also the precision and delicacy needed to perfectly align the various modules, making an otherwise lengthy and complex job that much easier and quicker.