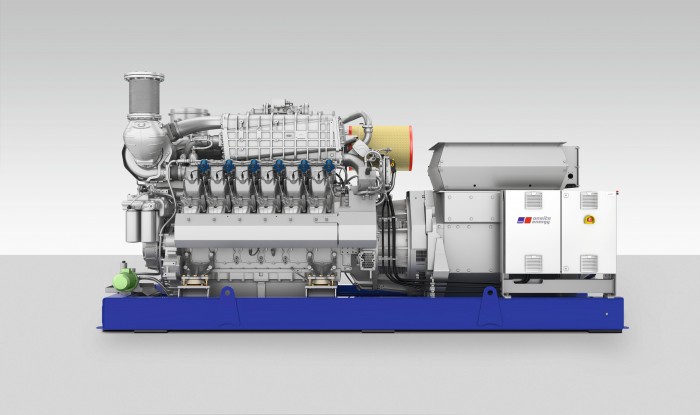 MTU Onsite Energy, a Rolls-Royce Power Systems AG brand, is introducing the further developed Series 4000 natural gas engine in April 2014. The new-generation engines achieve up to 44.3% electrical efficiency thanks to optimized combustion and improved mixture formation. Furthermore, their electrical output has been increased by up to 30%. These engines are being installed in MTU Onsite Energy decentralized energy systems. The systems for generating heat and power have an electrical output of 1,110 to 2,530 kW and will be available as 8-, 12-, 16- or 20-cylinder variants. The 12- and 16-cylinder variants will be available from April 2014, with the other variants to follow in succession.

This further developed Series 4000 engine generation allows higher brake mean effective pressures and therefore ensures maximum efficiency. The modified MTU-proprietary, electronically optimized controller platform allows an improved control quality and simplifies the application. A modified single-stage charging system allows higher pressure ratios with two-stage mixture cooling. These new developments allow the natural gas to be used even more efficiently for generating heat and power. The further developed engines retain their hallmark reliability and durability despite the increase in output and efficiency. By way of example, the engines can still be operated for around 63,000 hours before requiring a major overhaul.

The MTU Onsite Energy systems are used as gensets for producing power only in decentralized power plants or as modules in cogeneration power plants which supply both heat and power for residential areas, building complexes or industrial complexes.

A genset featuring the further developed natural gas engine will be on show on Stand J50 in Hall 27 at Hannover Messe, the Hanover industrial trade fair from April 7 till 11, 2014.