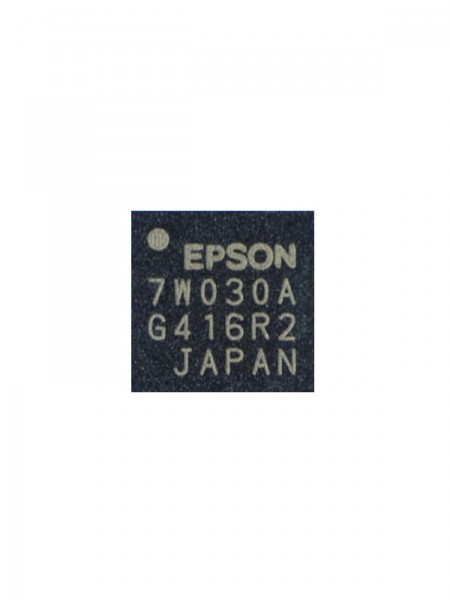 Seiko Epson Corporation has announced that it has begun volume production of the S1C17W03 and S1C17W04, two new offerings in the company’s S1C17W00 series of low-power 16-bit microcontrollers (MCU) featuring on-chip flash memory and 1.2 V supply operation. Epson plans to produce 200,000 of each new MCU per month.

The low-power MCUs in the S1C17W00 series are ideal for integration in portable electronic devices that run on a small, low-capacity power sources such as coin cells. They also support a wide variety of sensors. Designed specifically for applications that do not require a display function, the new products are smaller than the other chips in the series and are an excellent fit for products such as miniature sensor systems and wearable devices.

With the earlier products in the S1C17W00 series Epson primarily targeted applications such as digital watches and electronic price tags, so LCD driver circuits were integrated into the chips. However, demand has risen in recent years for simple, low-power MCUs without display functions. These microcontrollers are used for gas alarms, motion sensors, electronic keys, and other industrial and home sensor systems, as well as in wearable devices that will be paired with smartphones.

Epson responded to this demand by parting ways with the display function to create the S1C17W03 and S1C17W04. These MCUs are housed in tiny packages that have only a small fraction of the surface area of other products in the series.

The products in the S1C17W00 series operate from power supplies ranging from 1.2 V to 3.6 V. They run on a wide variety of batteries, from silver-oxide button cells to lithium-ion coin cells. In addition, Epson’s low-leak process and power circuit technology limit current consumption in Sleep mode to 0.15 microampere, regardless of voltage. These MCUs have on-chip a 12-bit A/D converter, an R/F converter that has been optimized for temperature and humidity measurements, and UART, I²C, and SPI serial interfaces. The ability to connect to a variety of sensors means they can be used as sensor node controllers in a broad range of fields. These MCUs can be shipped in packaged or as die form.

Epson is committed to improving the performance of its customers’ products by leveraging its energy saving technology and other advantages to provide unique semiconductors.